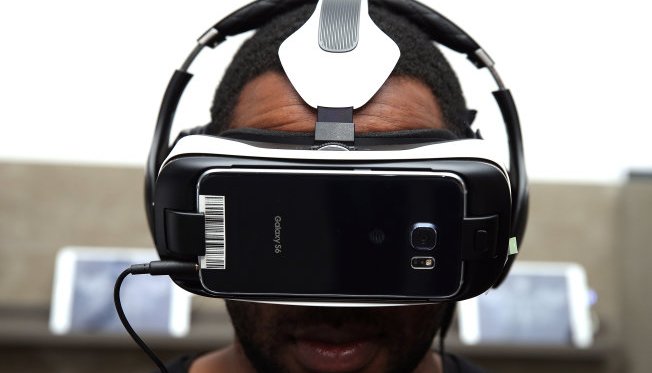 Virtual Reality could be the start to something life changing. This won’t be the next Body Camera Company, 3-D printing company, or Blu Ray Disc Company. No…Virtual Reality – VR – has the potential to be as impactful as smart phones and social media. Virtual reality is no longer just about video gaming, it has the potential to be revolutionary for just about every other industry, as well.  Virtual Reality has grown immensely over the past few years, but 2016 looks like it may be the most important year yet. Consumers will be able to get their hands on an array of powerful products. Sales of Virtual Reality devices are expected to reach $1.1billion in 2016 and jump to $2.7 billion by 2020. There are projected to be 38 million virtual reality headsets in use worldwide by 2020. CEO Mark Zuckerburg spent $2 billion to acquire Oculus.

Virtual Reality has the potential to change daily life, just the way smart phones and social media did. It is expected to have an impact in many industries including; education, gaming, healthcare, automobiles, retail, fashion and hotels.

For education, classrooms are expected to incorporate virtual reality into their teaching plans. Textbooks and blackboards aren’t enough anymore. It is time for students to experience education with new technology. Not only will it help them learn better, but it makes the classroom experience more enjoyable and interesting.

For the automobile industry, Audi will use VR in many flagship dealerships so that customers can do virtual reality test drives. Chevrolet has already used virtual reality to show customers specific cars being used in various environments. The fashion industry could also be interested in the new virtual reality headsets. Dior has used virtual reality at its boutiques to let people see behind the scenes at fashion shows and Yves Saint Laurent used the Google Glass augmented reality visor to demonstrate makeup techniques.

Marriott has begun using 360 video at certain hotel locations to experience virtual travel that were filmed in the Andes Mountains in Chile, an ice cream shop in Rwanda and in the streets of Beijing. Lowe’s offers a service called its Holoroom in certain stores to help people visualize what a home improvement project will look like with the help of Google Cardboard and Oculus headsets. Forrester, a real estate agency, says clients have expressed interest in using 360-degree video to showcase pre-built condominiums. This makes it easier and more convenient to see a simulated view of the home they want to buy.

Virtual Reality is a cost-effective, safe and engaging method for clinical education and training of healthcare professionals, such as nurses, physicians, surgeons, counselors, dentists, paramedics and even patients. Practitioners can receive training on procedures, techniques, equipment and patient interactions in a far more immersive and realistic environment than using traditional videos and paperwork.

Bottom line, we are about to see the next big breakthrough in technology, and 2016 will be the start. When people think virtual reality, they think video games. Sure, this can be immense for the gaming industry. But, what can make it revolutionary is how it will impact almost every other industry in the world. It may have a impact on our daily lives.