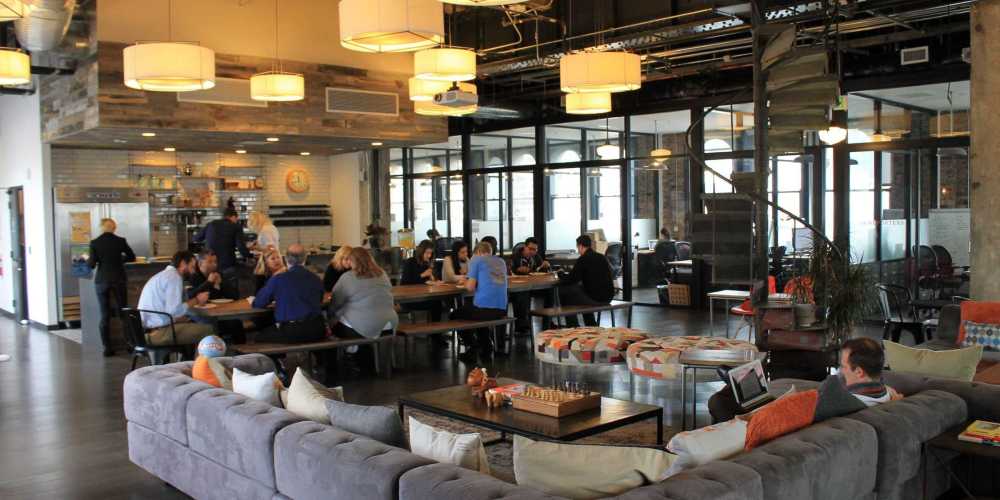 While “Death of the Unicorn” stories continue to gain traction, WeWork targets Asia as valuation hits $16 billion. This latest fundraising round makes them one of the world’s most valuable startups. Earlier this week, WeWork raised $430 million in a new round of financing led by Chinese investors, Hony Capital Ltd and Legend Holdings. They gave WeWork a valuation of $16 billion dollars, last summer its valuation was $10 billion. That gives the company a 60% boost in one year. They plan to bring their office space to China, South Korea, and India. Really sounds like the “death” of this “unicorn” right?

In case you didn’t already know WeWork sports a hip, communal office space. The offices are all glass, and ultra modern looking. You can find arcade games, foods, beverages, plush couches, and even beer on tap in most office spaces. Rent is typically cheaper, and it is paid on a month to month basis. It is a great place for a startup company to begin their journey into entrepreneurship. WeWork has been benefiting from the recent boom in the startup sector. Many of the young, entrepreneurial founders desire a WeWork office space. It gives these founders a way to break into a big city without breaking their bank account. It also serves as a great networking tool, because many other companies in the WeWork setting tend to be small tech startups. WeWork is like Uber and Airbnb in a lot of ways. They are causing a disruption and revolution in their designated industry. Uber and Airbnb are harnessing technological change. They are disrupting the urban transportation industry. WeWork is harnessing generational and cultural change. They are disrupting the office space industry with their dominant business model.

The real question is… do I think that the company is overvalued? My honest opinion is “no.” I think this company is still in its early to mid stage of growth. The potential for further growth and expansion is present. I think they can and eventually will be valued in the range of Uber and Airbnb. It is truly the first of its kind, and the growth over the past few years has been explosive. In NYC, it is nearly impossible to even find availability. Today they have over 65 locations, mostly in the United States. Now with the expansion into Asia, I think we can see a major increase in growth and profits. Cities such as Beijing and Hong Kong have huge potential, just like New York.

Some of the portfolio companies in my Venture Capital fund have or still use WeWork. They absolutely love it, and recommend it to all their buddies. I remember the first time I walked into a WeWork office, I was blown away. Not only was I impressed, but was also surprised at the same time. It was way more than I ever expected it to be. But…more impressive than the free beer on tap, or the comfortable couches in the recreational room, it was the environment and atmosphere that caught my attention. This company is truly innovating and changing the entire industry with its cultural appeal. This is why when looking at the value of a company; we must look beyond financial statements and pitch decks. I want a founder to show me what you have that no one else has and make me want to be a part of your journey. Regus and other office space rental companies lack this. In my opinion, WeWork deserves to be valued higher than most in their industry. I completely disagree with any talks of death to the unicorns or the tech bubble of 2016. The startup boom that we are living in is not a bubble; it is just the new way of life.